2019 Festival Wrap-up and Winners:
(OIL CITY, PA)  -  This year, thirty-three films from around the globe screened at the fourth annual Oil Valley Film Festival from September 6 - September 9.  The festival was comprised of competitive sections for American and international narrative and documentary films, both feature-length and short, a block of women and minority filmmakers, and a festival director-curated block.

"I was stunned by the quality of films that not only screened at this year's festival,"  said Festival Director Matt Croyle, continuing, "but also the quality and artistry of everything that was submitted this year. Clearly, it was the best lineup we've ever had. And to have two films in Al White's 'Starfish' and Chris Papierniak's 'Izzy', well, that was also something special for me."

The following is a list of the winners from the 2019 Oil Valley Film Festival. 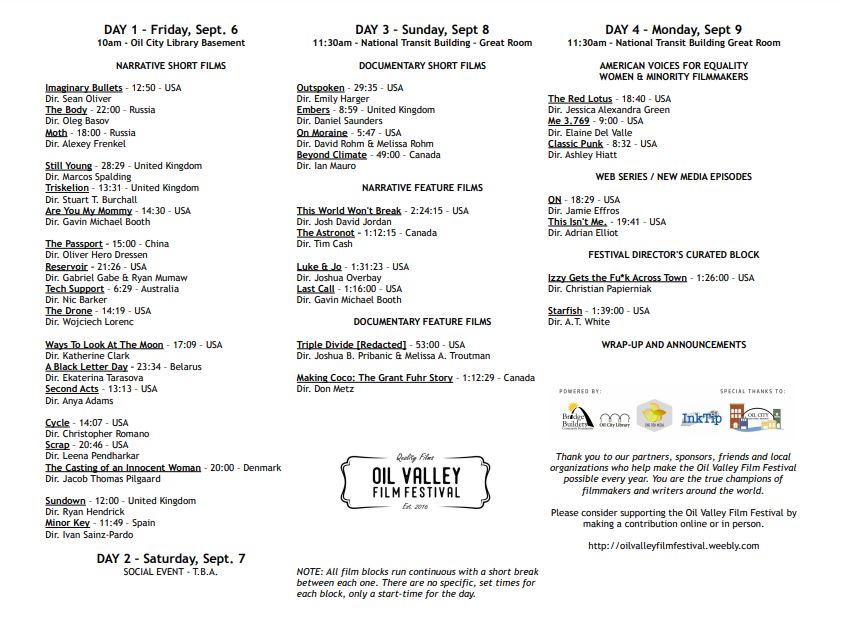