2020 Festival Wrap-up and Winners:
(OIL CITY, PA) - The 2020 Oil Valley Film Festival featured twenty-seven films from around the globe and screened online, due to the Coronavirus pandemic, at the fifth annual Oil Valley Film Festival from December 4-7. The festival was comprised of competitive sections for American and international narrative and documentary films, both feature-length and short. It was presented via the Festivee platform.

“Although we couldn't do an in-person festival this year, I was really proud of what we were able to accomplish with a virtual version of our annual event,” said Festival Director Matt Croyle. “Working with Festivee was so simple and extremely productive, and we're very grateful for their partnership in helping to keep the festival operating during these strange times. A special thank you to D.B. Sweeney and James Merendino for taking the time to be a part of this year's event through some amazing technology.”

The following is a list of the winners from the 2020 Oil Valley Film Festival. The award categories were condensed this year, but will expand again in 2021. 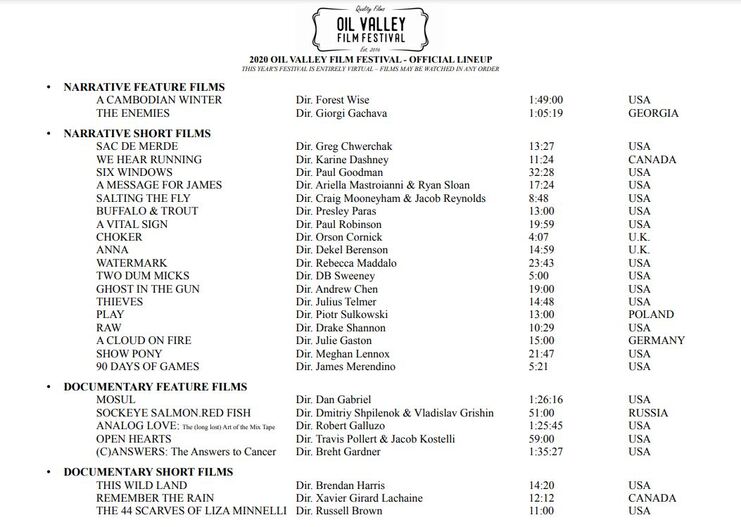